The best part of the ProComm Conference is the opportunity to mix work and pleasure. The work is the Conference but the pleasure is Ireland.
Years ago I read The Mists of Avalon and decided I was part Celtic. (My DNA [spit] test says I am 1% British Isles so maybe I really am). I have been there 4 times and the 2015 ProComm Conference will be my fifth.

I love the West Coast (the closest parish to Boston): its archaeology (Beehives from around 900 AD; the Gallarus Oratory of the Middle Ages, and the Dunbeg Fort, 6th century BCE) I especially love its pubs. In the summer you can wander into a pub, purchase a Guinness, and sit back and enjoy the music. Sometimes it’s planned, and other times locals simply stop in to play.

After our second trip, my late husband and I rented a cottage in Dun Quin on the Dingle Peninsula, about a 3-hour drive South from Limerick. The cottage was high up on a cliff so we could see the Atlantic Ocean and the island known to the locals as the “Sleeping Giant”, and hear the waves crash against the rocks. 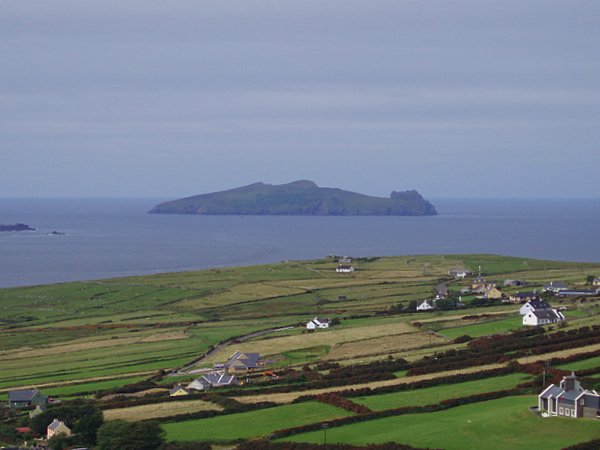 Inis Tuaisceart (Inishtooskert) — A view across the fields and scattered dwellings in the Dun Chaoin area towards the island commonly known as ‘the sleeping giant’. (© Sharon Loxton) / CC BY-SA 2.0

We’d travel into Dingle Town each day, have lunch at one of the pubs, visit the local grocery store for potatoes and staples, and on Mondays find the woman who sold the fresh fish out of a stand. Our cottage was up the road from the local pub, best known as the watering hole for the cast of “Ryan’s Daughter” which they were filming in the area. Photographs of Robert Mitchum, John Mills and Trevor Howard (If you are old enough to remember them) hang along the walls.
We rented the cottage again two weeks before the previous IPCC Conference there, then drove up to Limerick to participate. I’m looking forward to sitting once again in a Limerick pub! And if you’ve never ordered a Guinness in Ireland, I’ll be glad to teach you the Irish rules. See you there.